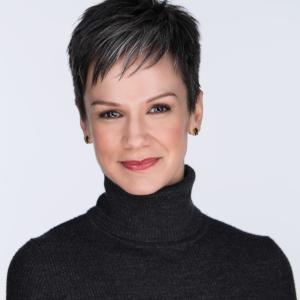 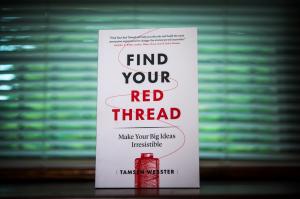 Known as the Idea Whisperer in business circles for her ability to help companies and individuals alike convert terrific ideas into successful ventures.

Your idea can change the world, because it has already changed you in some transformative way.”
— Tamsen Webster

Known as the Idea Whisperer in business circles for her ability to help companies and individuals alike convert terrific ideas into successful ventures, speaker and consultant Tamsen Webster recently published the definitive guide to connecting ideas to their audience’s needs. “The Red Thread: Make Your Ideas Irresistible” is Webster’s proven approach to using the core elements of storytelling to turn ideas into action.

Taken originally from the ancient myth of Theseus and the Minotaur, the “red thread” idiom is popular throughout northern Europe to refer to the “throughline” that makes something make sense. In “The Red Thread,” Webster details the process of finding an idea’s throughline by establishing a goal, introducing a problem someone didn’t know they had, discovering a truth that demands a choice, defining a change in thinking or behavior, and describing the action, or actions, that will make that change concrete.

Webster notes every idea already has a red thread; it’s the mental path the idea generator took to make sense of the idea. “You have a great idea within you,” Webster said. “Your idea can change the world, because it has already changed you in some transformative way. You thought it, and then you couldn’t unthink it.” By working through each element of storytelling, “The Red Thread” ensures those ideas are communicated in a way that others simply cannot “unhear them,” she said. “By finding the story of your idea, you’ve built the story your audience will tell themselves, and others, about your idea.”

Published May 14 by Page Two Press, “The Red Thread” spotlights a sampling of Webster’s clients who have successfully used her methodology to craft the stories their customers, funders, and collaborators told themselves about irresistible ideas. Webster drew from her more than two decades of helping experts drive action from their ideas. For those who appreciate Webster’s YouTube channel and those just being introduced to the Idea Whisperer, “The Red Thread” is like a masterclass in communicating to transform.

ABOUT THE AUTHOR
Tamsen Webster is a renowned speaker, consultant, and TEDx idea strategist who is also a YouTube sensation. “The Red Thread: Make Your Ideas Irresistible” is her debut book.

REVIEW COPIES AND MEDIA INTERVIEWS
To request a review copy of “The Red Thread” or to schedule an interview with Tamsen Webster, contact Brant Menswar at bookstarPR at brant@bookstarpr.com.