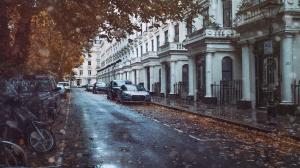 ‘Heads of government, oligarchs, business tycoons, ruling families and a Middle Eastern monarch are among the anonymous owners of at least £4bn in UK property, the papers reveal.’”
— The Guardian

LONDON, ENGLAND, November 15, 2021 /EINPresswire.com/ — Published by the International Consortium of Investigative Journalists on 3rd October 2021, the exposé of the Pandora Papers was far from the first time we have seen the secrets of the global elite brought to light, but the sheer magnitude of the contents of its 11.8million files mean the ripples of its revelations will be high on the agendas of both governmental and board meetings for the foreseeable future.

The leaked files were the intellectual property of corporate service providers that specialise in creating offshore companies and trusts, disclosing the goings on of an underworld of hidden assets from some of the world’s most recognisable names, ranging from nobility to oligarchs and billionaires.

The Guardian reported: ‘Heads of government, oligarchs, business tycoons, ruling families and a Middle Eastern monarch are among the anonymous owners of at least £4bn in UK property, the papers reveal.’ HULT Private Capital provide exclusive opportunities to certified investors in Prime Central London Real Estate, speaking about the findings, Senior Manager, Amrit Singh who spearheads the firm’s UK property acquisitions told us, ‘the papers revealed in excess of $7billion of UK real estate is under foreign ownership. It is no secret that the UK, particularly London, is a popular second home choice, but this has brought to light ownership the purchases of residential and commercial properties in the likes of Mayfair, Knightsbridge, Chelsea and Kensington which, when purchased via companies established in tax domiciles, have allowed them to build significant British property portfolios without contributing to the UK economy. It’s time we demand open-source land registration in order to move away from the idea of our land being fair game for illicit investment.’

Bringing this story to the global stage was not an individual effort, it was that of the media outlets of 117 countries in a united stand against such corruption and we anticipate we will see a huge push towards financial transparency on an international level. A cross-party parliamentary group has called on ministers to support a bill for the registration of overseas entities to lift the curtain on anonymous ownership.