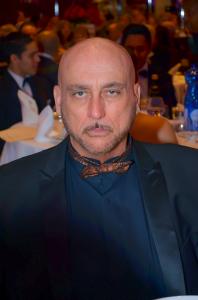 Timely Reality TV Series Shows Wild Transformations & Broken Lives Restored In One Life-Changing Meeting With ‘The Miracle Man’. Then he does the Hokey Pokey.

Hip replacement? I can fix the hip. But you’ll still need to learn to dance!”
— Tom Chi A/K/A The Miracle Man

They are seeking network placement for what is billed as “sheer delight on steroids”. 100 million people in the U.S. are chronically suffering and hopeless after years of failed surgeries and pain according to WebMD. The “Miracle Man” here does the unimaginable and in a few moments the pain is gone forever as captured in numerous videos and MD testimonials.

Dr. Umar Chaudry M.D. said “For those suffering from incurable pain he may be the Messiah”.

HBC TV tells us that Chi is a man with extraordinary talents and “While viewers will be moved to witness these very real, life-changing moments, we are as encompassed by his spontaneity and unmitigated joy in every moment”.
The series description features Tom Chi, a/k/a The Miracle Man, who sings spontaneously and spreads delight and gratitude all while curing the forlorn and hopeless after years of suffering.

Chi is a Grandmaster of Ving Tsun Kung Fu with students around the World. He recently demonstrated for Dr. Oz how he applied that mastery to create a breakthrough cure during a segment for the Dr. Oz show.

On The Doctors TV show Dr. Ordon showed that he could jog again after limping to meet with Chi following his failed knee surgery. Chi has treated Oprah, Mark Ruffalo (Tom cured his facial paralysis) and dozens of medical doctors.
Teachers, farmers, Uber drivers, horse trainers, we’re told this Miracle Man has treated tens of thousands of suffering patients with the same result; no more pain, lives restored, families reunited. And then, producers say “He does the hokey pokey. Because, you know, for him, that’s what it’s all about”.

One reviewer commented “I love the miracles, love the shattered lives restored. But to be frank I’ll tune in just to see what he might do next!” With 50 million video hits HBC says Tom is widely known by a class of people forgotten by society; those who endure terrible pain each day, many of whom are lost to drug use or denied help. Mothers, brothers, teens, grandparents, 100 million people just in the USA at a cost of around $600 billion a year according to WebMD.
Each episode will feature three astonishing and real stories of transformation and lives restored.
Chi tells us that Johns-Hopkins Hospital requested a demonstration and sent a medical reporter. 3 hip/knee replacement patients were escorted by a Nurse Practitioner from a nearby surgical practice. After 3 long hours each the patients left without pain and left their braces and crutches.

The next week the surgeon called off their replacement surgeries and a year later the Nurse Practitioner confirmed, the patients were fine and no surgeries were needed.

Videos show what appear to be miraculous results with sufferers leaving behind crutches, canes, braces, and even wheelchairs. Loved ones react with tears of joy and surprise. They say pain is completely gone and we’re also told that years later it’s still gone.

HBC TV says “the suffering is gone and they are overcome with gratitude and happiness”. Tom, who we’re told has hands “like lasers”, then joins them in their professions by attempting such activities as honky-tonk dancing, disaster-stricken home repair and handling a roaring fire hose.

Tom’s guests have been vaccinated and HBC TV says they are equipped to ensure Covid safety protocols at their facility for crew, hosts and guests.

Using the esoteric hand-sensitization exercises of the kung fu he pioneered this unique breakthrough treatment that cures the incurable.