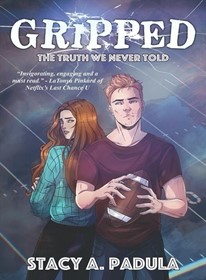 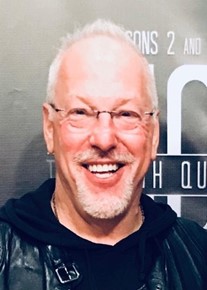 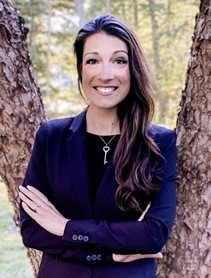 Award-winning book series brings the story of young adults whose world revolves around football, their drive to make it to the NFL & opioid addiction.

Gripped has a Friday Night Lights meets Euphoria vibe, and the vulnerable flaws in the characters Stacy has created really resonated with me.”
— Mark Blutman, Daytime Emmy-winning producer

PLYMOUTH, MASSACHUSETTS, UNITED STATES, June 8, 2021 /EINPresswire.com/ — EXCLUSIVE: Stacy Padula’s YA Gripped book series will be adapted for television by Daytime Emmy-winning producer for Ghostwriter, Mark Blutman. From Padula, David Gunning, and Rick Fitzpatrick’s BLE Pictures, Gripped is based on Padula’s Boston-set five-book series, which chronicles the lives of a group of young adults whose worlds revolve around their passion for football, their drive to make it to the NFL, and the gripping epidemic of opioid addiction.

For Stacy, her message is a personal priority. “Each day, more and more young adults fall prey to substance abuse. As an educator who works daily with high school students, I was moved to write a book series for teens that shares how it happens—how well-off kids become drug addicts, how downward spirals start, and how ‘harmless fun’ can quickly turn into a life-threatening addiction.”

Stacy’s culmination of experience working with adolescents as a college counselor, mentor, life coach, and youth group leader led to the creation of the series. Stacy Padula’s debut book, The Right Person, hit shelves in 2010, followed by four additional YA novels (When Darkness Tries to Hide, The Aftermath, The Battle for Innocence, and The Forces Within) to complete the Montgomery Lake High series. She also wrote the children’s book, On the Right Path. Multiple Gripped books became #1 New Releases in their genre on Amazon.

Mark Blutman will pen the pilot and serve as executive producer for the project. Recently, Blutman took home an Emmy for his work on Apple TV’s Ghostbuster. Blutman is excited for “the opportunity to take the world Stacy created, a world showing how good kids can easily fall into drug addiction and eventually put the pieces of their lives back together” to the small screen. He feels that Gripped “has a Friday Night Lights meets Euphoria vibe, and the vulnerable flaws in the characters Stacy has created really resonated with me.”

David Gunning, who will serve as producer, believes the deal between Blutman and BLE Pictures has massive potential. “We’re extremely excited to shine a light onto Gripped and Mark is perfect for the development of this series. He’s spent 30 years writing and producing YA content, including iconic shows like Boy Meets World and Girl Meets World, and has a true passion and integrity when it comes to accurately portraying teens on screen.”

Stacy A. Padula is an author and entrepreneur from Plymouth, Massachusetts. In 2019 and 2020 respectively, the International Association of Top Professionals (New York, NY) named her “Top Educational Consultant of the Year” and “Empowered Woman of the Year.” She is the CEO and founder of both South Shore College Consulting & Tutoring and Briley & Baxter Publications. In 2019, she also wrote her first screenplay, an adaptation of her novel The Aftermath. Stacy Padula published the Gripped book series under her own company, Briley & Baxter Publications – a publishing company that donates a portion of its proceeds to animal rescues each month.