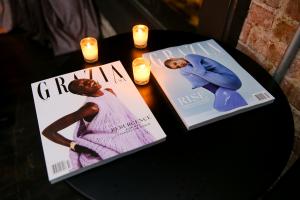 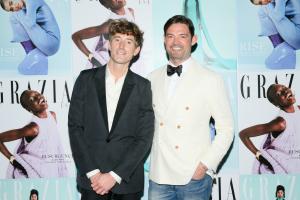 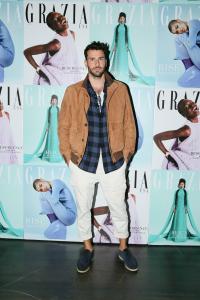 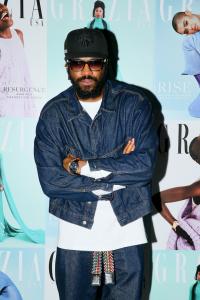 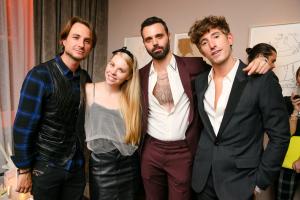 The evening was co-hosted by Brendan Monaghan, Executive Vice President & Global Chief Brands Officer and David Thielebeule, Editor-in-Chief of Grazia USA, who were joined by industry executives, VIPs and NYC socialites for the celebration.

“The arrival of Grazia in the United States is a highly significant event, the first time an all-Italian fashion magazine lands on the U.S. market with a formula that gives a perfect answer to the new needs of readers, users and business,” Ernesto Mauri, CEO of the Mondadori Group, said. “In today’s historical juncture, it bears witness to the strength of the brand that has always stood at the forefront, becoming an icon of international renown, leveraging on its authoritative content and incomparable identity.”

Over 100 guests were invited by Grazia USA to the Tuesday night celebration to enjoy cocktails and canapés while The Misshapes provided the event soundtrack. White pampas and palmetto leaves peppered the custom marble Jones Alley bar and oversized imagery from the magazine served as a backdrop in the members lounge foyer. Editorial imagery looped in the screening room providing a glimpse of the good life and transporting revelers to far flung destinations.

The evening was made possible by the generous support of Byte.

All event attendees were required to show proof of full vaccination upon entry.

ABOUT GRAZIA:
Grazia is Italy’s fashion bible, published by the Mondadori Group. For 80 years Grazia has remained in step with changing tastes season after season, style after style. At the top end of quality and design, Grazia is the most accomplished ambassador of the “Made in Italy” brand and is a preferred advertising vehicle for designer, fashion, and beauty companies. Thanks to its experience, excellence, and brand value, Grazia is the first Italian weekly magazine to extend its successful formula abroad with 21 editions worldwide in 23 countries, creating the most dynamic magazine network on the market and the global platform graziamagazine.com.

ABOUT PANTHEON MEDIA GROUP, LLC:
Pantheon Media Group (PMG) is an independent next-generation media company that brings one of the most prestigious European fashion magazines to the biggest fashion market in the world. PMG is the exclusive publisher of Grazia USA, the latest franchise of the iconic fashion bible, first launched in Italy in 1938. Also uniquely focused on beauty, culture, society, status, celebrity, and luxury, Grazia USA publishes digitally first and later in print, with the release of the first of its quarterly 400-page magazines in 2021. Grazia USA does more than just inform and inspire an educated audience of influential readers: It is unlike anything the fashion industry in the United States has ever seen. We do not serve readers, we serve users. PMG is a 360-degree media business that is poised for the future, broadening storytelling into virtual and augmented reality, video, television, audio, e-commerce, live events, branded content, innovative advertising solutions and beyond. PMG is headquartered in New York City.