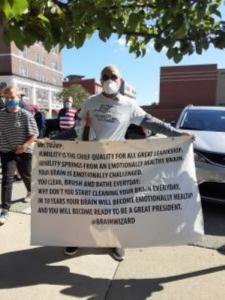 A banner I displayed at Trump Tower for months. 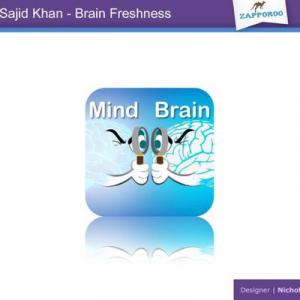 use the Brain and Mind to Improve Each Other. 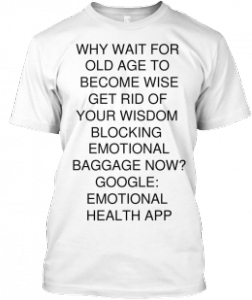 It is our duty to ensure full senate power to the Biden-Harris team. They have proved by their cabinet picks that they are already giving power to all Americans

BIDEN-HARRIS TEAM HAS ALREADY DONE A MUCH NEEDED POWER SHIFT TO BRING JUSTICE, DIGNITY, PROSPERITY & EQUALITY TO ALL. WE MUST GIVE THEM FULL SENATE POWER TO ENABLE THEM TO GIVE US ALL, THE POWER TABLE”
— Sajid Khan

ATLANTA, GEORGIA, UNITED STATES, December 28, 2020 /EINPresswire.com/ — Without a Senate majority, the Biden-Harris Team will be handicapped from using the White House power to make life better for all of America.

If the Senate majority stays with McConnell, Perdue, and Loeffler, they will do the same as what they have done all along, favor and work for the 1%. They have already demonstrated that they were never for even the vast majority of White America.

The question is will Georgia give equally important senate power to the Biden-Harris team, or will it give the Senate majority to McConnell, Perdue, and Loeffler, handicapping the Democratic government from bringing justice, equality, dignity, prosperity, health, and power to all.

Governments have used one tactic above all to keep the power with the 1% by messing up the rest of the population’s emotional health.

All voters must realize that a vote for Perdue and Loeffler is a vote for handing power to McConnell, Perdue, and Loeffler, who has held the stimulus package with their own red lines. They have dropped their red line of protecting big business only because they feel if they hold up the bill any further, their party will lose the senate run-off races. Also, they are eager to make Trump happy as Trump would get to sign the stimulus checks.

McConnell, Perdue, and Loeffler have succeeded in blocking any aid to the states suffering from huge deficits in the current bill. As a result, the states are unable to provide much-needed services to us, the struggling people. McConnell and his senators, including Perdue and Loeffler, have tried to reduce the food stamp budget. They have tried to replace Obamacare with nothing, just phony unprofessional promises of something better in the future, which never came for the last four years.

A vote for Perdue and Loeffler is a vote against the 99%, and a vote for Rev. Warnock and Ossoff is a vote for the vast majority of Georgia, White, Black, and all minorities.

Giving McConnell, Perdue, and Loeffler power over the senate will ensure more of the same where similar reduced benefits will come our 99% way just like the stimulus of $900 billion that too after so much delay, instead of the 3.4 trillion that the Biden-Harris Team wanted to for us.

After giving the Biden-Harris team the White House’s power, Georgia cannot afford to take away the senate power. It is like giving a powerful car with punctured tires.

Look how Loeffler and Perdue oppose Biden’s pick of California Attorney General Xavier Becerra to serve as Secretary of Health and Human Services! Becerra has a history of supporting healthcare, equality, and justice for all. Look at how they are opposing Buttigieg just because he is gay. They don’t go for anyone who is for all America; they go for their own 1% and the ones who support them blindly on their own narrow agenda.

Let’s give Biden-Harris full power for our own good fortunes.

MY HYPOTHESIS WITH ITS TRILLION DOLLAR APPLICATIONS THAT I HAVE HANDED OVER TO BIDEN-HARRIS TO USE AS THEIR OWN.