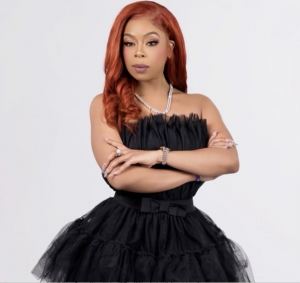 Shay Johnson has been named a Fibroid Fighters’ Ambassador to help spread awareness about fibroid disease.

NORTHBROOK, IL, USA, April 29, 2021 /EINPresswire.com/ — Reality television personality, model and fitness guru, Shay Johnson takes her commitment to spreading awareness to the next level by joining Fibroid Fighters as a brand ambassador to help spread awareness about fibroid disease that affects an estimated 70 to 84 percent of women in the U.S.

“Shay Johnson’s willingness to share her ordeal with fibroids will help bring attention to this health epidemic, ” said Fibroid Fighters’ Founder and CEO Yan Katsnelson, M.D. “Women need hear from others that have suffered from fibroids and learn about non-surgical treatments such as Uterine Fibroid Embolism (UFE) that preserve the uterus and can relieve their painful symptoms.

“At one point, when I had to say the word, fibroids, I was terrified because I had memories of my symptoms and what I had to go through,” Johnson said, who is best known for her appearance on “Love & Hip Hop Miami”. Uterine fibroids are abnormal growths that develop in or on a woman’s uterus. Common symptoms of uterine fibroids include heavy and prolonged menstruation, anemia, frequent urination, pelvic or back pain, constipation, and stomach swelling.

Johnson’s fibroid ordeal began after she fainted and hit her head. “I was scared and knew it was time to go to the hospital.” There, she tried to understand her symptoms, including “blood clots, fainting spells, and why I constantly was in the bathroom.”

Johnson was diagnosed with uterine fibroids, which she learned is a common condition; however, like most women, she had never heard of it. “I realized after doing research that I had symptoms that began in my twenties, and even pelvic pain that started earlier,” Johnson said. “I believe that I had fibroids back in my teens, but because we’re taught to be hush-hush about our menstrual cycles, I had no one to talk to.”

“I went through a myomectomy which they removed the fibroids, instead of a hysterectomy that would have removed my uterus,” said Johnson. “I realized that I could help others by sharing my ambassador testimonial video,” she said. “The more we speak up about fibroids, the more awareness we can bring to women who are going through the same issue. The more awareness we raise means we can help prevent the miscarriages, the extended periods, and the pelvic pain women experience by having better treatment options.”

Current treatment of fibroid disease often results in surgeries, infertility, pregnancy loss and hysterectomies. More hysterectomies are done because of fibroids than any other uterus problem, according to the Illinois Department of Public Health, with one in three women having undergone a hysterectomy by age 60.

As a Fibroid Fighters Ambassador, Johnson wants to encourage women to share their stories about suffering from fibroid disease and how it affected them. She wants women, especially younger women, to understand fibroid treatment procedures and how they affect reproductive health.

“Women have the right to get answers about their symptoms and know there are non-surgical solutions to painful fibroids,” Katsnelson said. “We need to change the perception that living with fibroids is normal.”

About Fibroid Fighters
The Fibroids Fighters Foundation is a public welfare organization created to advance women’s health and awareness about safe and effective uterine fibroids treatment. Its mission is to educate the American public about the health, social and economic damages caused by uterine fibroids, focusing on research and advances in fibroid disease treatment.