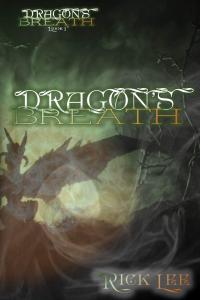 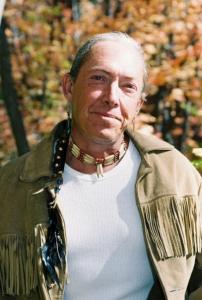 UTAH, UNITED STATES, July 24, 2021 /EINPresswire.com/ — Fantasy epics combine action, magic and storytelling to provide audiences with a spellbinding experience. Having served in the military during Vietnam, explored Native American culture and presided over roleplaying sessions for decades, Richard Lee has had plenty of experiences to draw from to give his fantasy saga just the right elements to enthrall his readers. With “Dragon’s Breath,” “The Amulet” and “The Prophecy,” he does just that, depicting the exploits of intrepid adventurers on a race against time to save their world from an apocalyptic threat.

The saga is set in a world of magic and heroism, of shining paladins and swift rogues, where humans and elves co-exist and clash at various times, and where powerful sorceries warp the very rules of reality. But a threat looms and is poised to erase this magnificent world, a dragon unlike any other – Maaragg. More like a deity with immense supernatural powers and minions ushering forth from the netherworld, Soulless beings bent on eradicating life. For all his might, he still fears the puissance of the Elves more than any of the others he deems as minor races. But for all the Elves’ potential, and for all of the strength in men and other peoples, if they remain divided then surely Maaragg will prevail in extinguishing life from the world.

The responsibility for standing against this tide falls on a band of unlikely heroes who have before them the rather hefty burden of forming a great alliance to thwart Maaragg. These plucky protagonists must make the world’s divided civilizations cast aside their differences and come together for the greater good. Complicating matters further is a power or force called the Prophecy, seemingly unbreakable laws of reality that binds all god-like beings.

At the end of the day, the fate of all the races and the world itself hangs in the balance. People must find it in them to overcome their prejudices and distrust of one another, including the Elves, in order to have a shot at triumphing over Maaragg and his unholy forces.

“I have always enjoyed adventure, primarily “fantasy”, having read and followed several authors for years, in particular “ J.R.R. Tolkien” as well as most recently, George R.R, Martin’s epic series, “Game of Thrones”. And though I have enjoyed these works, I wanted to create something that was different in many ways from these two specific authors. In doing so, I believe I created a world, a time, and a place that can stand alone in its own realm of fantasy and adventure.” Lee says. While adhering to the essence of fantasy sagas, Lee also strives to innovate and push the genre forward, pointing out that the women in his stories are strong-willed, decisive and determined, portraying them in strong roles of leadership and bravery unlike anything he himself has encountered. He fleshes out his protagonists and characters, giving them diversified abilities and faults, love interests, and drives to keep his stories entertaining for a wide variety of readers.

About the Author
Richard Lee has written stories all his life and his work has won him the title of Best Writer from an online magazine in 2002. Since then he has remained in their top ten for a decade. He also contributed a short story to Anais, a prestigious online magazine at Wellesley College. He draws his style from other fantasy writers, his decades of storytelling as a dungeon master in Dungeons & Dragons, and taps into the spirituality and symbolism of Native American culture. He is currently retired from his work as a purchasing manager and previously served in the United States Navy during Vietnam. He makes jewelry and continues his writing.