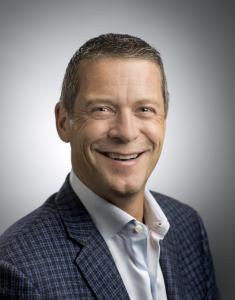 OAKLAND, CA, UNITED STATES, July 21, 2021 /EINPresswire.com/ — Today, the American Diabetes Association (ADA) announces Equinix CEO, Charles Meyers, has accepted the Vice Chair role on the Northern California Executive Council that is leading the effort to secure corporate teams and sponsorships for the Tour de Cure: Northern California that is scheduled for Sunday, October 10, 2021. Meyers joins the Council led by Intel CEO, Pat Gelsinger, in a key supporting role with the expectation that he will take the Council’s helm for the 2022 signature special event, which we are planning as our first post-pandemic in-person event.

This year, the previous Silicon Valley and Wine Country Tour de Cure events, which have both consistently ranked among the five most successful Tours held around the nation since 2005, have merged into the Tour de Cure: Northern California. This year’s event, like last year’s is virtual rather than in person due to COVID-19 concerns and restrictions. Participants and teams are encouraged to stay active, training and riding on their own while logging their miles on the Tour de Cure app where they have the opportunity to earn fitness and fundraising badges and honors. This year marks the 30th anniversary of the Tour de Cure. In that time Tour de Cure events in Northern California have raised nearly $40 million to fund diabetes research aimed at finding cures, innovative treatments, and improved ways to prevent diabetes for those especially at risk. Funds also provide state-of-the-art educational tools, camps for children with diabetes and strong advocacy initiatives to defend the rights of people with diabetes and to enact policies and systems that lessen the burden of diabetes on their daily lives.

“I’m both honored and excited to take on this role supporting the American Diabetes Association,” said Charles Meyers. “I look forward to working with Pat Gelsinger to enroll companies throughout Silicon Valley and the Bay Area to join with us as we cast a spotlight on public health and economic concerns that are too often overlooked. Four million Californians have diabetes and nearly another 11 million are estimated to have prediabetes. This is something that touches us all. Throughout the pandemic, people with diabetes have faced some of the worst health and economic outcomes of all Americans, particularly the disproportionate number of people of color in underprivileged communities where diabetes is more prevalent. The American Diabetes Association’s sharpened focus on addressing health inequities aligns well with the corporate social responsibility priorities of a growing number of companies, including Equinix. And we encourage all of our employees to take the initiative to become healthier by participating in a variety of well-being and wellness activities.”

To learn more about the Tour de Cure, go to diabetes.org/tdccalifornia.

About the American Diabetes Association
Every day more than 4,000 Americans learn they have diabetes. Nearly 115 million Americans have diabetes or prediabetes and are striving to manage their lives while coping with the disease. The American Diabetes Association (ADA) is the nation’s leading voluntary health organization fighting to bend the curve on the nation’s diabetes epidemic and helping people with diabetes thrive. For more than 80 years, the ADA has been driving discovery and research to treat, manage and prevent diabetes, while working relentlessly for a cure. We help people with diabetes thrive by fighting for their rights, developing programs, advocacy and education designed to improve their quality of life. Diabetes has brought us together. What we do next will make us Connected for Life. To learn more or to get involved, visit us at diabetes.org or call 1-800-DIABETES (1-800-342-2383). Join the fight with us on Facebook (@AmericanDiabetesAssociation), Twitter (@AmDiabetesAssn) and Instagram (@AmDiabetesAssn).

About Charles Meyers
Charles J. Meyers, President and Chief Executive Officer, is responsible for leading Equinix’s strategy, innovation and continued track record of growth, execution and service excellence. In this role, Charles partners with his more than 10,000 Equinix colleagues around the world to be in service to one another and the customers, partners, shareholders, and communities where Equinix operates.

Charles has shaped the company’s strategy and continued industry leadership, including doubling the number of global IBX data centers, evolving the capabilities of Platform Equinix, building ecosystems with thousands of the world’s leading businesses as customers, and quadrupling revenues during his tenure.

Charles joined Equinix in 2010 with more than 25 years of experience in executive leadership positions at leading technology and IT companies, including at Verisign, Level 3 Communications and BellSouth. Charles earned dual master’s degrees from Northwestern University’s J.L. Kellogg Graduate School of Management and McCormick Graduate School of Engineering. He also holds a B.S. in Chemical Engineering from the University of Colorado.