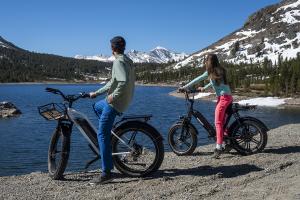 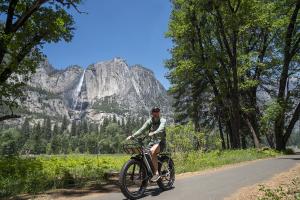 SUITE BREA, CALIFORNIA, USA, October 18, 2021 /EINPresswire.com/ — Himiway, one of the world’s leading E-bike manufacturers, is set to launch three long-range E-bikes in early 2022. The announcement came in from one of the company’s higher authorities, who also indicated that these bikes are slated to revolutionize the E-biking sector with several upgraded and competent features to enhance the biking experience of its customers spread across the globe.

Ever-rising fuel prices, coupled with the need to go green, are helping the E-bike sector grow by leaps and bounds. The industry, too, supports the environment and offers several benefits over its fuel-run counterparts. Players like Himiway are supporting its growth and the environment through revolutionary E-bikes. In this view, the company has announced the launch of three E-bikes early next year. In a recent press event, one of the spokespersons and key authorities of the company spoke about this launch. However, the exact launch date is yet to be disclosed.

The new bikes that Himiway will launch early next year include Softail Supreme E-bike, Multifunctional E-bike, and Premium All-terrain E-bike.

The Bikes are Already Creating a Buzz
The bikes have created a buzz among the E-biking world, much before their launch. The company’s intended customer segment and its peers are curious about the launch and look forward to seeing what the company has in store for everyone next year. Himiway’s officials are also excited about the launch, and optimism is very well seen with the innovative and competent features these electric bikes will pack for E-bike patrons.

“We are excited, and at the same time, positive about this much-coveted launch. Our researchers, designers, and the manufacturing teams have put in unwavering efforts to innovate these bikes that aim to provide the highest levels of comfort and biking efficiency.” said one of Himiway’s senior officials. “These bikes feature a rider-friendly design and several upgrades across the structural and the features aspect. And that, precisely, makes them an apt choice for long rides.” Further, he added, “we are sure our bikes will be well received within the target segment.”

Bike Features
Softail Supreme
Softail Supreme is an innovative electric bike with a ‘first-notch suspension (particularly rear and front based on softail designation). The bike is highly promising when it comes to delivering a new and high-tech biking experience for riders. As per the company’s teaser, the price of the bike will be somewhere around USD 2100.

Multifunctional E-Bike
The Multifunctional E-Bike is an all-around bike that adds value to the life of busy bees. As the name suggests, the bike can be used for several purposes, such as quick and light shopping to cut your way through the traffic during peak hours! The bike’s tentative price is somewhere around USD 1?99.

Additionally, the bike’s looks make it one of the best electric bikes to buy in 2021. However, unlike the other models with fat tires, Himiway doesn’t specifically talk about thick tires in this case. So, the bike will be potentially different from the other two counterparts. The cost will be somewhere around USD 1?99.

Himiway’s Long Range Bike Expertise
Himiway is a global leader when it comes to long-range electric bikes. The company’s E-bikes run on the latest quaternary polymer lithium batteries that power the bike to run up to 60 miles on a single charge. The company’s expertise across long-range electric bikes has been acknowledged and appreciated in the form of the best ratings in endurance by over 200 leading electric bike industry insiders. It is ranked number three in the industry and sells a whopping 30,000 bikes every year.

About Himiway
California-based Himiway is the pioneer in electric biking and one of the US’s leading electric bike companies. The company’s expertise encompasses manufacturing various fat tire long-range bikes within the budget range. Apart from the United States, Himiway also serves the European market, wherein it sells pedelec bikes. Additionally, the company covers other competitive markets such as Canada and the United Kingdom. To know more about Himiway, visit https://himiwaybike.com or their German website, https://himiwaybike.de.