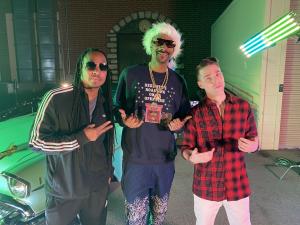 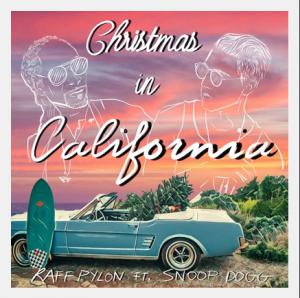 LOS ANGELES, CALIFORNIA, UNITED STATES, December 18, 2020 /EINPresswire.com/ — Earl Powell, from Eptone Music Productions, celebrates his vital contribution on the new release of “Christmas in California” as a co-writer and co-producer for the artists, Raff Pylon and Snoop Dog.

“Christmas in California” features a chill and cheery hip-hop vibe and has built up excitement for the holiday season. Earl and team created the perfect track for bringing joy throughout Christmas time.

At Eptone Music Productions, Earl Powell enjoys helping clients discover their truest identity within the music industry, as they authentically tell their story through their music, and reach goals (and sounds) that they feel are unattainable. Eptone Music Productions leverages its established & sustained relationships with its years of experience overall in each & every project, to exceed desired results. This unique capability along with undeniable professionalism, passion, and studio chemistry is what brought all parties to the table to deliver this fun new classic to the world.

Earl has received many accolades and recognition from Grammy, Billboard, and RIAA as being a well-known writer, producer, and engineer on Jennifer Hudson’s “Stand Up” from her historical Grammy-winning self-titled debut recording project. As a child, he was featured in the Chicago Sun-Times newspaper and earned Musician of the Year, as well as recognition in Who’s Who In Music. Additional musical accomplishments include working with artists like Keyshia Cole, Ashanti, The Jacksons, Twista, Syleena Johnson, Tweet, Tito Jackson on his debut album, and many more. Screen credits include the award-winning short film “The Truth” (directed by Hill Harper), “Nothing Like The Holidays” (starring Debra Messing & John Leguizamo) and “Of Boys & Men” (starring Angela Bassett & Robert Townsend), and “(Mis)Leading Man”, starring Morocco Amari of Empire. His most recent projects involve being an ambassador for Switzerland-based disaster relief charity Moonlight Air, for which he wrote & produced the theme song “On The Wings”, a heartfelt song coveted & loved by all who hear it, and he’s been working alongside some amazing Canadian talents including Raff Pylon, comrade & friend Ben Pelchat, Matt Hoyles, and Rats of the Universe. He continues to work on projects with up-and-coming and well-established artists today.