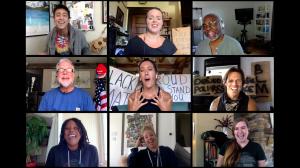 Your Musical Is Cancelled: The Musical! 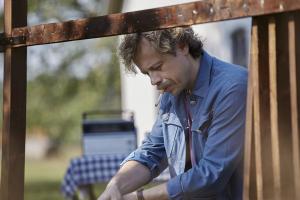 You’ll see in the performances how every cast member enhances the storyline behind this supernatural, crime-thriller. ”
— Nick Snow, New York filmmaker

NEW YORK CITY, NEW YORK, UNITED STATES, June 3, 2021 /EINPresswire.com/ — The offer of amazing narrative feature movies at this year’s edition of the NYC Independent Film Festival in New York is big. More than documentaries or shorts the feature movies are among the best in the program.

PULLING WOOL by Brooklyn based filmmaker Steve Ward is about the true meaning of being an emergency contact for somebody and leave you wondering how far you would go to save your best friend’s life. Starring actors Conler Mandt and Gabi Van Horn as the two friends who rely on each other for everything, even if that everything includes stealing and cheating to pay off gambling debts. Originally from Toronto, Canada Ward has been invalided in the New York film and theater community since 2005. He has also directed indie music videos, sketch comedy and short films. Recent projects include directing, writing, and producing online content for Inverse, Marvel, and Facebook Watch.

YOUR MUSICAL IS CANCELLED: THE MUSICAL! is an indie musical-comedy following a struggling theatre company set against the backdrop of Covid19, the trappings of quarantine, and the BLM social movement. The three (3! yes, let’s put an exclamation mark there as well) filmmakers David Blair, Mikey Winn, Erica von Kleist came together at the beginning of quarantine in March 2020. You remember: puzzles, day-drinking, and bread-baking. Over some conversations the three decided to start writing a musical, a comedic snapshot of the times we were living. ​They employed the musically gifted actors and musicians they’d befriended over the years and together, across several states and via many Zoom calls, formed, filmed, and recorded this film, which is sheer happiness in ‘quarantime’.

The REUNION is about Ricky Reilly, a former actor, who is on a spiritual journey in Union Square Park, Manhattan with his Buddhist mentor, Danny. The high of his newfound spirituality is shattered when Ricky sees Travis, his childhood nemesis who put him in the hospital after a fight over a girl. When Ricky’s best friend Andy, an NYPD officer, returns from a trip overseas, he challenges Ricky to confront his nemesis at his upcoming high school reunion.
The Reunion” is a story of a “manchild”, forced to face his greatest fear, in order to discover a new definition of manhood.

BLACKLIGHT by New York filmmaker Nick Snow is a film that took three years in the making. The main character Danny teams with naïve rich kid Liam and wildcard drug dealer Kit Viper for a robbery, which leaves them in possession of a mysterious supernatural artifact with immense potential. Blacklight is a true independent film. Snow: ,,You’ll see in the performances how every cast member enhances the storyline behind this supernatural, crime-thriller. Those performances augmented by composer, Ryan McTear’s original score make this a very special movie.”

Special mention is for the Chinese movie BEING MORTAL. The film is based on a Chinese novel ‘Deng Dai’. Xia Tian transfer her job back to her hometown in order to take care of her dad who get Alzheimer’s for over ten years. She thought it will be a comfort for her parents, but as the disease gets worse , the stress of life she gets to learn, and the only thing she can do is just wait. Touching and professionally made, the story sticks in your mind. Not at least because the acting is so good. It’s all described in a very realistic way but with discretion without any emphasis, makes us participate authentically in this drama.

Another special mention is for HAVEL by Czech director Slavek Horak. The film is drama inspired by the life and personal development of Vaclav Havel, prominent Czech playwright/ dissident/president. The film focuses on Havel’s transformation from successfull – then banned – playwright of the late 60’s into human rights fighter in the 70’s leading to his presidency in late 80’s. His transformation is the key here as this is not just descriptive biopic but drama of self-doubting intellectual torn between his passions and his self-imposed duties. From careless bohemian Havel grows into mature man realizing that if he has the opportunity to free the whole nation then he must accept this responsibility. Both for the greater good and to prove his worth – and to prove it above all to himself. The flashbacks between his imprisonment and being on the stage are extremely well done.