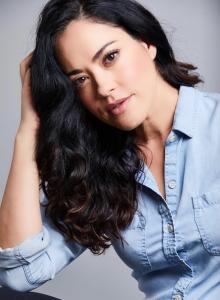 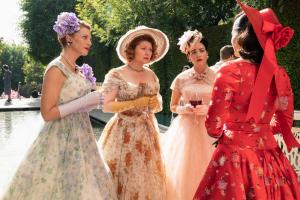 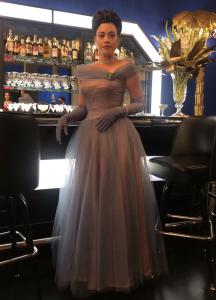 The scintillating dark comedy now set in 1949, will explore what it means to be beautiful, the hidden truth behind the facades people present to the world, the effects of being ignored and overlooked by society and finally, the lengths one woman will go in order to finally belong.

The 10-episode storyline revolves around Alma (Allison Tolman), a frumpy housewife who wants desperately to be accepted by the inner circle of high suburban society. Standing in her way is snarky Garden Club leader, Rita (Lana Parrilla), and her loyal socialite friends, including the beautiful and entitled Brenda (Quiles).

Quiles was thrilled by the opportunity to be part of this show, sharing “To be given the chance to portray high society 1949 affluence as a Latina in Hollywood was a dream come true. You rarely see people of color in these roles, so I was honored that it came my way. After reading the script, I fell in love with Marc Cherry’s beautiful world and characters. Audiences are in for a treat.”

Quiles recently gained attention and fans for her appearance as the midday News Anchor ‘Ana’ alongside Ted Danson on the NBC laugher, Mr. Mayor, produced by Tina Fey. Prior to that, she stepped in as the cancer research lab assistant ‘Monica’ on the ABC action-drama, Station 19, in addition to notable stints on the popular shows All Rise, Jane the Virgin and Confess. Quiles also emerged in the horror-thriller film Phoenix Forgotten, from executive producer Ridley Scott, and as a Cop opposite Dean Cain in the action indie State of Ward.

Born in Puerto Rico and raised in New Jersey and the Carolinas, Quiles is a skilled martial artist and has trained alongside the LAPD, giving her an edge for portraying an array of law enforcement characters. Book smart and full of heart, Quiles was class Valedictorian before finding her true calling with acting. Devoted to the craft, Quiles honed her skills studying for several years at the Beverly Hills Playhouse under Howie Deutsch and with The Groundlings.