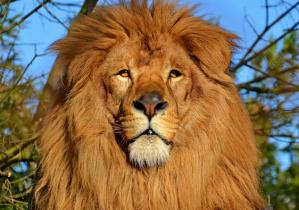 Although endangered, male lions are prized by trophy hunters 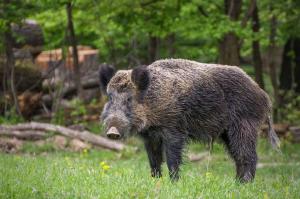 some species of zebra, such as the mountain zebra, are under pressure

Recreational hunting, especially of charismatic species as trophies, raises ethical and moral concerns, yet it can conserve nature and support livelihoods.

On the one hand, recreational hunting can reduce the number of individual animals in a population, whereas on the other, diverting land to priority hunting areas can in fact benefit entire ecosystems”
— Professor Corey Bradshaw

ADELAIDE, SOUTH AUSTRALIA, AUSTRALIA, February 19, 2021 /EINPresswire.com/ — In a new article published in the journal One Earth, scientists from the University of Helsinki in Finland and Flinders University in Australia have reviewed more than 1,000 studies on recreational hunting — the first such attempt to summarize the scientific literature examining the biodiversity and social effects of recreational hunting globally.

Co-lead author University of Helsinki Associate Professor Enrico Di Minin says while it might seem counterintuitive, there is evidence to suggest some recreational hunting can deliver environmental and social benefits.

University of Helsinki colleague and co-lead author Dr Hayley Clements says more analysis is needed to understand how and why recreational hunting can work for good, and those areas where it can be detrimental.

Flinders University Professor Corey Bradshaw says it’s a paradox that goes to the heart of the pros and cons of recreational hunting.

“We determined the geographic spread and diversity of species hunted around the globe, and investigated and summarized the main topics surrounding recreational hunting to consider both the positive and negative implications of recreational hunting for nature conservation and the livelihoods and well-being of people” says Professor Bradshaw, who leads Flinders’ Global Ecology Lab.

“On the one hand, recreational hunting can reduce the number of individual animals in a population, whereas on the other, diverting land from agricultural or other types of development to priority hunting areas can in fact benefit entire ecosystems”, he says.

Hunting research has focused mainly on the behaviour and population dynamics of large mammals in North America, Europe and Africa.

Dr Clements says evidence is still lacking, however, to answer the pressing questions of why hunting contributes to sustainable conservation of biodiversity in some places and not others.

“Two-thirds of the hunting research is focussed on mammals. Red deer, white-tailed deer, wild boar, moose and lion are the most well-studied. Of these species, only the lion is of conservation concern, with many recommendations on how hunting can be made sustainable through quotas or seasonal limits”, says Dr Clements.

“Far less research has tried to examine the broader impacts of hunting on ecosystem integrity and function, and how it affects the livelihoods of local people, or to document local people’s perceptions about hunting”, she continues.

For example, approximately 1,394,000 km2 of land is dedicated for trophy hunting in sub-Saharan Africa, yet there is little research on how effective these areas are in conserving ecosystems, and how local communities benefit from hunting.

Associate Professor Di Minin, who leads the Helsinki Lab of Interdisciplinary Conservation Science contends future research should focus on the contribution of recreational hunting towards meeting both biodiversity and social objectives.

“We have outlined a research agenda to assess the role of recreational hunting in diverse social-ecological systems, and to consider local people’s values and needs.

The need for such evidence is urgent given declining numbers of recreational hunters in some regions and increasing opposition to trophy hunting in others”, says Associate Professor Di Minin.

“We should also expand research beyond charismatic and common species to assess the impact of recreational hunting on threatened and less charismatic species”, he concludes.