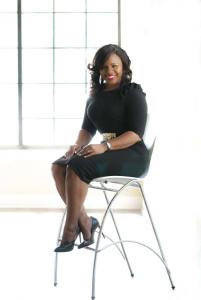 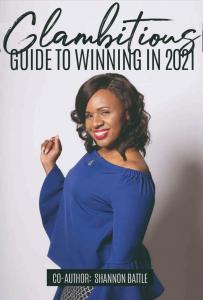 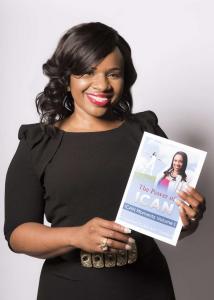 Author Shannon Battle – I Can Lady

Shannon Battle known as the “ICANLADY” is a world-class woman of faith, courage, persistence and vision.

I saw the plight of my city and said “ICAN” fill that need.”
— Shannon Battle

FAYETTEVILLE, NC, USA, December 20, 2020 /EINPresswire.com/ — How does one mom of five amazing kids become a #1 bestselling author, TV host and founder of a woman-owned construction company?

Shannon “ICANLADY” Battle has the secret to success.

Amid the chaos and the despair of 2020 where 100,000 small businesses closed during the pandemic, Shannon “ICANLADY” Battle launched one of the most daring development projects in the nation to change the landscape of her beloved city. Shannon and her beloved husband of 25 years set out to dismantle the myth that parts of Fayetteville were beyond repair. Instead, they are raising a new block from the ruins. The North Carolina power couple devised a plan to revitalize an unlovely part of the city by bringing much needed affordable housing to the region.

Shannon hails from the southern city of Fayetteville, North Carolina. The county seat with a rich history dating back to colonial times. The now thriving city has seen some hard times and prevailed. Whether it was fighting the Great Fire of 1831, which reduced the city to little more than smoldering embers, or rebuilding after the destruction left behind by General Sherman’s Union troops in the Civil War, the people of Fayetteville always rally together to restore their beloved city. Yes, the growing Sandhill region off the beautiful coast of Cape Fear has had its challenges, but like her forefathers before her, Shannon knows how to make beauty from ashes.

With a calming yet commanding voice, Shannon is changing the Fayetteville landscape through a massive construction project in the opportunity zone. This project provides much needed low-income housing for the once forgotten population. With over 10 years of working with people in need as the CEO of Family Services of America, Shannon has been on the front line of the housing crisis for citizens who fall through the cracks of society. Consider the teen who ages out of the foster care system and ends up on the streets at the tender age of 18, or the mentally challenged who are no longer hospitalized and wander the streets searching for a soft place to call home.

Shannon saw the plight of her city and said “ICAN” fill that need.

With little background in construction, Shannon pulled on her keen management skills to shift from therapist and clothing designer, to take on this monumental challenge as a licensed general contractor. Some wonder what a woman is doing in construction, but Battle knows building is just in her blood.

A stone’s throw from a new 40-million-dollar baseball stadium, home to the Fayetteville Woodpeckers, lies largely forgotten and undeveloped housing. Where some saw a blighted area, Shannon sees opportunity. Passersby on route 95 see dilapidated buildings, but she sees destiny! A once bustling neighborhood reduced to rundown housing will now, under Shannon’s guiding hand and creative eye, become a cornerstone of the downtown community. The three street -11 home restoration project is on a much-needed bus route and in walking distance of a major hospital.

In the words of the classic Daryl Coley song “He is preparing … God is preparing me”, anyone can see how the onetime fashion designer moves effortlessly to design a portion of a downtown city.

Every strategic step in Shannon’s life is bringing her to this moment in time to break ground on a new day for Fayetteville.

About Shannon: Shannon Battle is a graduate of Liberty University and Fayetteville State University with two master’s degrees in counseling and sociology. Shannon is a serial entrepreneur, and the proud owner of All-American Construction and Restoration Inc. Shannon’s driving force is her love for her family. She enjoys being a mom of five children and loving wife to her husband of 25 years. www.ShannonBattle.com