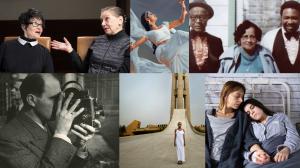 From Broadway Legend Chita Rivera to films of Humanity & Inclusion, Health & Wellbeing, Inspiration & Comedy, Columbia Film Festival has it all! 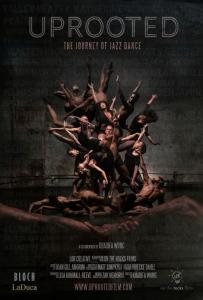 One of our many featured Documentaries – UPROOTED!

Columbia Film Festival will showcase more than 60 local, national, and international films for movie-goers to enjoy as part of this year’s virtual event!

Columbia Festival of the Arts is excited to bring the Columbia Film Festival back this summer to entertain, inspire and move audiences with a diverse collection of films across many genres.”
— Robert Neal Marshall, Managing Director

COLUMBIA, MARYLAND, UNITED STATES, May 3, 2021 /EINPresswire.com/ — Columbia Festival of the Arts is proud to announce the 2021 Columbia Film Festival happening June 21 through June 25, 2021. This 4th annual Film Festival will showcase more than 60 local, national, and international films for movie-goers to enjoy as part of this year’s virtual event, which has grown in size each of the last four years. Tickets go on sale to the public May 7th.

This year’s event will offer a varied selection of films from all genres including short and feature-length movies, documentaries, world cinema, special themes, Maryland-based films, as well as works by student filmmakers that touch upon current and relevant topics. The Columbia Film Festival presents a dynamic season that recognizes and promotes Humanity & Inclusion, Health & Wellness, and honors the tremendous contributions of Music & Dance. Two performance groups, SITI COMPANY/STREB will feature a free screening of their Falling & Loving theatrical dance collaboration. Following the screening of Falling & Loving the Festival will host a free behind-the-scenes artist talk moderated by Lisa Donmall-Reeve, producer of the Festival’s featured dance documentary UPROOTED, with Elizabeth Streb and Anne Bogart of SITI COMPANY. Additionally, STREB will offer a free PopAction Workshop, hosting up to 24 participants, for young audiences ages 5+ as part of the virtual Film Festival. Additionally, critically acclaimed performer KAT EDMONSON presents her one woman show Kat Edmonson Sings Songs From The Movies and the Latin GRAMMY winning team of 123 ANDRES present a delightful free series of bi-lingual educational episodes for kids. Also returning this year is a collaboration with the 48 Hour Film Project, which will present a selection of comedies with focus Baltimore/Washington, DC filmmakers, but will include award winning International films as well. For ticket information, and more details about this year’s event, visit ColumbiaFestival.org.

Like many other arts organizations, Columbia Festival of the Arts has pivoted to provide arts enthusiasts with user-friendly opportunities to engage with the arts within the community while observing social distancing recommendations. The Film Festival will use the powerful and easy to use EVENTIVE platform which offers viewing options that include Apple TV and Roku.

“Columbia Festival of the Arts is excited to bring the Film Festival back this summer to entertain, inspire and move audiences with a diverse collection of films across many genres,” says Robert Neal Marshall, Managing Director, Columbia Festival of the Arts. “What’s great about the EVENTIVE platform is that people can enjoy these movies on demand, in their own time, relaxing and enjoying some of the best works by some of the most promising filmmakers in a safe environment. There are so many films that truly moved me and our panel of judges this year, I can’t wait for the greater community to enjoy them as well.“

There will be a socially-distanced, limited capacity VIP Opening Gala Party and Summer Solstice Celebration on Monday, June 21, 2021 at Merriweather Post Pavilion with a separate capacity controlled General Admission option available for those wishing to enjoy just the premiere films. The Opening Gala Party will offer a VIP area, catered food & drink, a sneak peak of films from the Festival, followed by a full screening of the movie Uprooted and an intimate interview with the filmmakers.

Throughout the pandemic, Columbia Festival of the Arts has offered the community the debut of the Columbia Arts Channel, Audio Experience Walking Tours, the Songs of Strength Music Competition and an upcoming Virtual Arts & Crafts Show to answer the need for arts programming that may be enjoyed both in and around the community and from one’s own home.