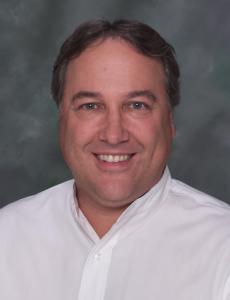 New legislation could substantially reform certain police practices, such as ending the use of choke-holds and limiting police access to military weapons

In keeping with our religious belief – that people are basically good and capable of rehabilitation – we support meaningful reforms to our criminal legal system.”
— John Stanard, National Director Social Betterment Programs & Policy

WASHINGTON, DISTRICT OF COLUMBIA, UNITED STATES, December 30, 2020 /EINPresswire.com/ — While the U.S. House of Representatives recently passed a bill on police reform, it went no further, and nothing has become law.

With the year coming to a close, Congress has been urged to reintroduce and pass legislation early next year. Bipartisan legislation is needed to reform certain policing practices that lead to the use of excessive force.

The Church of Scientology National Affairs Office joined over 300 national organizations in a sign-on letter supporting police reform legislation. The letter outlines a set of priorities for reform legislation including new “use of force” standards, a ban on chokeholds, a ban on racial profiling, and the demilitarization of law enforcement such as banning the transfer of military weapons to local law enforcement. The militarization of law enforcement is an issue of which most Americans are not even aware.

The impact of the use of military weapons by local police has been recently studied. It was found that those police departments that received more military equipment ended up killing more citizens—by more than double—compared to police departments not using military weapons. For example, in Ogden, Utah, a SWAT team battered down the door of Army veteran Matthew David Stewart’s home. Surprised, Mr. Stewart said his Army training kicked in and he fired on the officers, who were merely searching for marijuana plants. Unfortunately, an officer was killed in the exchange and Mr. Stewart committed suicide in jail while arguing self-defense.

Another shocking example of military weapons being used on civilians was in Keene, New Hampshire. The town, over many objections from citizens, purchased a Ballistic Engineered Armored Response Counter Attack Truck, or BearCat, and used it in response to a person threatening suicide. By any measure, responding to a severe mental health crisis with a military vehicle cannot be viewed as an appropriate response.

Without legislation to prohibit police from using military weaponry on American citizens the possibility of seeing tanks rolling down the streets of American cities still exists.

As part of the national focus on police reform, the Church of Scientology National Affairs Office in Washington, DC, has hosted many coalition meetings and held events to promote criminal legal system reforms and has joined with other organizations to urge congressional legislation to prevent the sale of military weapons such as tanks to police forces.

John Stanard, the Church’s Social Betterment Policy Director, explained, “In keeping with our religious belief—that people are basically good and capable of rehabilitation—we support meaningful reforms to our criminal legal system. In order to protect citizens, police should not have military grade weapons. Using military weapons where suspects are killed during raids or arrest attempts creates injustices. We urge the new Congress to pass bipartisan legislation which would include outlawing police forces from using military grade weapons as well as banning chokeholds and racial profiling. This issue will not go away until the laws are changed.”

The Church continues to express concern about the use of tanks and military hardware in our cities and urges more reforms to ensure citizens are safe and police are using reasonable force, not excessive, militarized force. This is an issue that Congress must address in 2021.