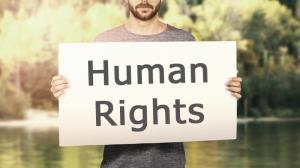 As a challenging year ends, CCHR praises the work of individuals and groups that raised awareness about behavioral, psychotropic drug and electroshock abuse. While also celebrating 51 years of accomplishments, it committed to achieving more protections in 2021.

As a challenging year ends, CCHR praises the work of individuals and groups that raised awareness about behavioral, psychotropic drug and electroshock abuse.

LOS ANGELES, CALIFORNIA, UNITED STATES, December 29, 2020 /EINPresswire.com/ — As 2020 concludes, mental health industry watchdog Citizens Commission on Human Rights International (CCHR) applauded the many individuals and groups that helped raise public awareness about psychiatric and behavioral abuse throughout the year—showing how human rights still need to be fought for in this field. The group recognized the many actions taken to inform consumers and families of everything from psychotropic drug risks to protections needed for youths against behavioral hospital abuse. It also reviewed its 51 years of accomplishments to set priority campaigns for 2021.

CCHR praised U.S. attorney Jim Gottstein’s gripping book, The Zyprexa Papers, exposing the cover up of serious side effects of the antipsychotic, olanzapine.[1] Paris Hilton’s acclaimed documentary, This is Paris, and #BreakingSilenceCode were pivotal in exposing behavioral assault of troubled teens, demanding better conditions for youths.[2]

The National Juvenile Justice Network was saluted for starting a “Justice for Cornelius” petition calling for the closure of a chain of for-profit behavioral facilities following the restraint death of a 16-year-old African American boy, Cornelius Frederick, at its Lakeside Academy in Michigan in April.[3] Lakeside subsequently closed, along with six other U.S. psychiatric hospitals following exposure of patient risks.[4]

CCHR launched a new family resource on its FightForKids website to support this movement. It warns of the risk of child and teen abuses in behavioral facilities, detailing over 70 incidents of exploitation and mistreatment in one psychiatric hospital chain alone, including at least 32 allegations of patient sexual abuse.[5]

Attorneys have filed numerous lawsuits over the damage caused by electroconvulsive therapy (electroshock or ECT), while over 122,000 people have signed CCHR’s petition supporting a total ban on the practice. CCHR previously had ECT banned for use on children in four U.S. states. It also had a drug and electroshock treatment in Australia banned with criminal penalties enacted for any psychiatrist or hospital staff administering it.[6]

This year CCHR produced a website for the launch of its newly established National Task Force against Racism and Modern Day Eugenics, detailing psychiatry and psychology’s long-term role in subjecting African Americans and other minorities to experimental or harmful “treatments,” including electroshock given blacks without anesthetic.[7] Over 80 African Americans joined the Task Force, including community activists, radio hosts, ministers of various faiths, psychologists, attorneys, educators, and NAACP representatives.

CCHR is committed to increasing its efforts to protect children in 2021. CCHRs have testified before government investigation panels around the world to accomplish this in the past. In 2004, CCHR worked with parents to get the U.S. Prohibition of Child Medication Safety amendment passed prohibiting schools from forcing children onto psychiatric drugs as a requisite for schooling. That year CCHR was among the many that forced the Food and Drug Administration to issue a black box warning about antidepressants causing suicidal effects on children and adolescents. Other laws, spearheaded by CCHR, now prevent U.S. Child Protective Services from removing a child from parental custody or from criminal charges should parents refuse to administer their child psychotropic drugs.[8]

CCHR’s global children’s rights campaign meant numerous group chapters have presented evidence to the United Nations Committee on the Rights of the Child about child labeling and drugging. In response, the UNCRC expressed concern that ADHD and ADD are “being misdiagnosed and therefore psycho-stimulant drugs are being over-prescribed, despite growing evidence of the harmful effects of these drugs.”[9] In South Africa, in 2016, CCHR led a march in Johannesburg protesting the high numbers of children and adolescents prescribed psychotropic drugs with potential serious side effects. Supporting this was King Thomas Edgar Brown, Monarch of South Africa’s National Khoisan Kingdom who stated: “We need to stop the senseless maiming of people, including children, by psychiatry. CCHR will take the lead and I will direct my people to be alert to this.”[10]

CCHR was established in 1969 by the Church of Scientology and eminent professor of psychiatry and author, Prof. Thomas Szasz, based on the principles of the UN Universal Declaration of Human Rights, especially Article 5: “No one shall be subjected to torture or to cruel, inhuman or degrading treatment or punishment.” Also the UN International Covenant on Civil and Political Rights, of which Article 9 states: “Everyone has the right to liberty and security of person. No one shall be subjected to arbitrary arrest or detention.”[11]

CCHR penned its own Declaration of Mental Health Rights in alignment with these international agreements and continues to investigate, document and expose psychiatric abuse. Thousands of individuals each year contact CCHRs to report psychiatric harm, including false imprisonment, fraud, sexual abuse, assault, as well as inhumane treatment and poor or unjust conditions in psychiatric institutions. CCHR says that for many psychiatric treatment victims, it is one of the few groups willing to listen to and not ignore their very serious complaints about abuse. Through CCHR’s work, countless lives have been saved or salvaged from unwanted psychiatric incarceration and coercive treatment, it says.

The accolades for its work are many. In 1986, Erica-Irene Daes, Special Rapporteur to the UN Human Rights Commission acknowledged CCHR, writing: “The main task of CCHR has been to achieve reform in the field of mental health and the preservation of the rights of individuals under the Universal Declaration of Human Rights. CCHR has been responsible for many great reforms. At least 30 bills [now more than 180] throughout the world, which would otherwise have inhibited even more the rights of patients, or would have given psychiatry the power to commit minority groups and individuals against their will, have been defeated by CCHR actions.”

As former U.S. Congressman Dan Burton said of CCHR: “Through united action, effective education and advocacy, CCHR has helped to bring about critically needed healthcare reforms that make our society and country a better place.” While Congresswoman Diane Watson obtained a U.S. House of Representatives Resolution that highly commended CCHR for “securing numerous reforms around the world, safeguarding others from abuses in the mental health system and ensuring legal protections are afforded them.”

CCHR is a mental health watchdog responsible for more than 180 laws that protect patients from damaging psychiatric practices. DONATE to support its work here: https://www.cchrint.org/cchrint-donate/