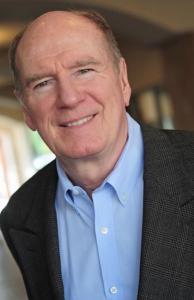 “We’re honored to include Brian Connors into our BoLAA family.” ~Aurora DeRose

The “Best of Los Angeles Award” community was formed five years ago and consists of over 7,400 professional members living and working in Southern California. It celebrates the best people, places, and things in Los Angeles with the slogan “No Ads. No B.S. Only the Best.”

“The mission of the community is to celebrate the best of Los Angeles, and allow its community members to connect with other members who share the highest standards of quality and integrity,” expresses DeRose. “We’re honored to include Brian Connors into our BoLAA family.”

Brian Connors graduated from Rutgers University. After graduating, he moved to New York City and worked in places like major regional theaters and television. His first plays were staged in NYC in places such as The Ensemble Studio Theater and along theater row in NYC. Now residing in Santa Monica, Brian wrote and co-produced a short film, King Baby. Some of his full-length plays and screenplays include Cross Your Heart, Two Sisters, King Baby, and Plays in the Park. One of his short plays was turned into a short film, which is called Good Men. The Good Men film stars Ed Asner & Mark Rydell and won numerous awards in over 80 film festivals around the world.

Brian’s film “Senior Entourage” is a wild, wacky mockumentary about the actual cast and crew making the movie. The film features a zany, multi-racial cast ranging in age from 9 to 92. It is a fantastic comedy film with a freewheeling improvisational feel.

Trailers and demos of Brian’s work can be found on Vimeo or by linking to brianconnors.co