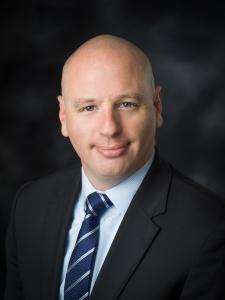 Following in the footsteps of retiring U.S. Senator Ron Johnson, who has honorably kept his word to term limit himself, I will proudly follow his example to limit myself to two terms as he has done.”
— Brad Beyer

“I commend our retiring Senator, Ron Johnson, on his public commitment to term limit himself and not seek re-election. I further pledge that same commitment to term limit myself to two terms just as Senator Johnson has, ensuring I, like him, also remain focused on the limited time of two terms to get things done for Wisconsin. This is a promise you can hold me to. I am running because we need to have a fighter, a doer, and a consensus builder in the Senate. One who will stand for Wisconsin values and bring the Midwestern work ethic to secure our future to Washington,” Beyer stated in his video.

“Wisconsin has never been a state waiting for someone else to take the lead. This spirit was instilled in me by my parents who served in our armed forces and handed the mantle down to me as I followed in their footsteps. We have been given too much to take for granted and our future is too promising not to step up,” continued Beyer.

Brad Beyer has dedicated nearly 15 years to serving his country. He recently returned to the Army Reserves after being stationed in Germany and Poland. He continues to serve his country and Army families by working military funerals. Brad holds a Master of International Studies Degree and a Juris Doctor Degree.

Brad believes in America and getting the country – as well as the Republican Party – back on track. He knows that it is possible to bring good ideas to Washington and come up with bipartisan solutions. Some of his main priorities he will fight for are:

• Vocational Studies and making these more accessible within high schools to better prepare students for real life. Wisconsin is in need of more truck drivers, mechanics, carpenters, and other laborers and all students should be aware of their options – aside from a four-year degree.
• COVID-19 Recovery and keeping the economy open. Everyone should be getting back to work and putting COVID-19 behind us by figuring out how to co-exist with the virus. He will fight against the vaccine passport, widespread mask requirements, and vaccine mandates.
• Job Development and keeping manufacturing businesses within Wisconsin. Brad would like to see business expand and would push to bring more service industries to the state as well.
• Second Amendment rights and the right to bear arms. He wholeheartedly believes that “the only thing that stops a bad guy with a gun is a good guy with a gun” and will be a pro-gun voice for Wisconsin.

Brad’s background has led him to want to serve his country in another capacity: running for U.S. Senate. As he transitions back into civilian life, he is ready to fight for Wisconsin and keep the innovative Republican spirit alive in Washington.