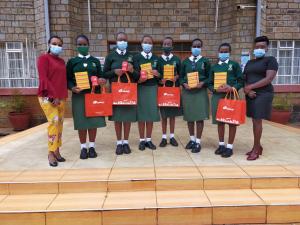 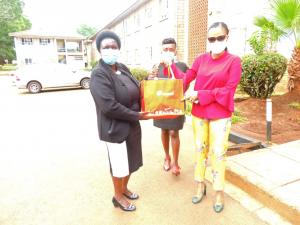 Asharami Synergy Kenya is committed to promoting gender parity initiatives in the nation, especially around encouraging more girls to seek careers in science.

Asharami Synergy is delighted to take this all-important step of creating awareness and supporting initiatives that will give more Kenyan boys and girls access into the world of science”
— Debola Adesanya, Country Manager, Asharami Synergy Kenya

“Science is at the foundation of what Africa needs to take advantage of the huge potential it has in its robust youth population and abundant resources. Asharami Synergy is delighted to take this all-important step of creating awareness and supporting initiatives that will give more Kenyan boys and girls access into the world of science,” he added.

According to the African Development Bank, less than 25 per cent of African higher education students are in Science, Technology, Engineering & Math (STEM) fields, with majority of students studying social sciences and humanities. The has led to a dearth in domestic STEM workforce and consequently, outsourcing of STEM jobs in Africa to other countries, including the U.S., China, and India.

11th February annually is set aside for celebrating the achievement and encouraging the participation of women and girls in science. The day is also used to create awareness and dispel stereotypes that hinder and discourage girls from seeking STEM careers.

In commemoration of the day, Asharami Synergy took its awareness campaign to the Alliance Girls High School in Kenya. Speaking during a session with the students, Jecinta Ndugire, Trader at Asharami Synergy Limited said the company was delighted at the commitment of the teaching staff and the interest of the girls in exploring the world of science. “It was heartwarming to see the girls exuding so much joy and confidence in their career paths as future scientists and Asharami Synergy will continue to promote more involvement of Kenyan boys and girls in science,” she said.

Alliance Girls High School Principal, Mrs. Virginia Gitonga said the institution had continued to witness more interest from the girls and would continue to support their dreams of becoming great scientists from Africa. “We are grateful to Asharami Synergy for spearheading this initiative of promoting more participation of girls in science. With the support of Asharami Synergy and more stakeholders, the future definitely looks bright for Kenyan youths.”

The students who received corporate souvenirs from Asharami Synergy said they were delighted with the choices they had made and looked forward to becoming inventors and renowned scientists with global acclaim.

Branice Kazira Otiende said, “The beauty of science is that it unites people despite their race, religion, and ethnicity as they come together to solve problems facing our society. A great example is the COVID 19 pandemic. That’s why is important to encourage young people especially girls to embrace science by rising against the social stereotypes.”

Shirley Munene said, “Girls often shy away from science thinking it’s only for boys or having the mentality that it is hard or complex. We live in a gender equal society where knowledge is open and free for all.”
Kigona Precious said, “Science makes me curious. It pushes me to explore the natural world. I love it as it answers the ‘why’ questions in basically every imaginable question in a mind joggling manner. Through science, many more discoveries will be made, and the world will be a better place for the future generations.”

Lilan Michelle who derives her inspiration from Thomas Edison said, “Millions of women have impacted so many lives through their inventions and innovations, this means that women are very much capable of soaring to greater heights in terms of science. Thus, girls our future in science starts today.”

No Mountain Too High, No Dream Too Big