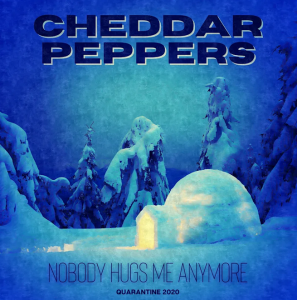 Many popular mainstream artists continue being pampered during the pandemic, while independent musicians go broke, hungry and ignored.

NASHVILLE, TN, USA, December 29, 2020 /EINPresswire.com/ — To say that 2020 has been an atrocious and bizarre year is an understatement. Between a worldwide COVID19 pandemic, widespread protests (along with looting and violence) and a Presidential election unlike anything history has ever witnessed, 2020 is without a doubt a year that will never be forgotten, no matter how hard people may try to erase it from their minds.

Covid-19 has had a devastating impact on the economy, from the smallest of towns to the biggest of cities. One area that has been hit hard during this madness is the music and entertainment industry.

2020 saw concert tours across the globe cancelled and postponed. Musicians, along with their crew, have been forced off the road and left to struggle with financial problems of their own. The bigger well-known names can live off royalties from previous successes. But the lesser unknowns, who depend on revenue generated from touring and the sales from current and future album releases, have been hit the hardest.

Well-established artists that already have an army of fans that follow them on social media can release a new single and accumulate millions of streams in just a matter of hours. Often, these artists are promoted on-air and through other various media outlets without spending a dime of their own money. Meanwhile, the little guys are left pinching what pennies they have left and contemplating whether or not to throw in the proverbial towel.

One band that has been creating quite the buzz over on the country music side and has some of the industry’s top executives scratching their heads, is an independent band from Little Rock, Arkansas called, Cheddar Peppers.

Back in 2019, they released their debut single ‘Coleman Cooler (With a Yeti Sticker)’. In a short period of time, followed by a handful of other catchy tunes, their music has been played in over 180 countries around the world. An impressive feat for any unsigned independent artist. While avoiding the plight contained within the music industry, Cheddar Peppers have managed to break down a few of the barriers that confines most independent artists, by utilizing the power of modern technology and delivering their unique style of country music directly to the listener, all without the help of any record label or management company.

“Yes, you read that right. No A&R reps, no lawyers, no managers, no promoters, no recording contracts. Just some good ole down-home country music that has been passionately crafted, along with a desire to share it with anyone willing to listen,” explained one of the band members.

“Throughout this pandemic, quarantine songs have been coming out of the woodwork. Some are merely novelty acts, while others sound poorly executed from the very first note. The same cannot be said for the Cheddar Peppers latest single. Not only has this little band from Arkansas written one of the best quarantine songs I have heard to date, but it might also very well be the absolute best country song of all 2020. Even if you’re not a country music fan, you should definitely check it out. The new single, ‘Nobody Hugs Me Anymore’is a song that we all can relate to during these trying times. The music is beautifully orchestrated, and the lyrics are relevant and well-written. You will find yourself singing along and clicking repeat in no time at all. Ring in the New Year with a song that reminisces the dark times of yesterday, while igniting a spark of hope for a brighter tomorrow,” explained a spokesman for In2town Lifestyle Magazine

Cheddar Peppers can be found streaming on over 150 music platforms worldwide.