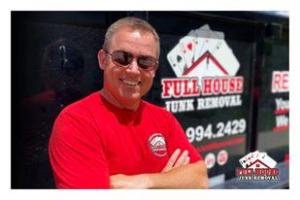 Serving the Communities of Treasure Valley 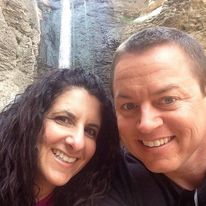 Erik as a sergeant gave 100%. Since Full House started, I’ve witnessed him take it to another level. His integrity, love to serve others didn’t stop when he retired; it continues each day on the job.”
— Reneé Tiner

STAR, IDAHO, UNITED STATES , June 4, 2021 /EINPresswire.com/ — Parenting is not easily explained or understood. It has to be experienced. There’s an unquestionable role of every parent, and that is protection. Kids, without even realizing it when they go to school, church, or play with their friends, if they are fortunate enough, have a mother or father watching over them, assuming some responsibility for their behavior and well-being. When kids ascend to adulthood and become active citizens, that type of protection does not stop but evolves and passes shared responsibility to others. And, those people watching over adults and kids of their communities are called police officers and first responders. Every day, it’s the people we often don’t see that are actively serving and keeping the wolves out from an attack or putting out fires, or saving a life of a loved one so they can enjoy some more moments with their families. The role of an officer, even though it cannot be fully understood it’s a story worth telling. The following is the story of former sergeant Erik Tiner from Boise, Idaho.

In 1997, Erik began his career as a police officer in California, which would later end in Boise, Idaho. During his career, he had the opportunities to work SWAT, Gangs, Motor Unit, DUI Enforcement, and Patrol. His role during the final seven years of his career was working as a sergeant in Boise.

In 2019, Erik starting experiencing a tingle sensation in his hands. He could feel a pinched nerve in his neck that seemed to radiate down to his fingertips. After engaging with other fellow officers in concern, he decided to have a physician check the status of his condition. The X-ray did not show anything conclusive, so he was referred to have an MRI. After consultation with a neurosurgeon, he learned that a couple of vertebrae impacted his spinal cord, and any minor damage to the neck or head could cause permanent paralysis.

After surgery, Erik spent the next three months on light duty at work. Sitting at a cubicle, 40 hours each week, he would find himself doing his best to stay busy. This forced downtime from his regular tasks as an officer gave him a mindset to start looking into other career paths. Researching on YouTube, Erik came across Sonoma Strong Hauling & Junk Removal with Matt Vick. The channel caught Erik’s attention with Matt’s rough around the edges yet educational, personable style and genuine personality. Matt and his co-star Jo-Jo gave insights into the junk removal industry, speaking to the idea that this avenue could be a career possibility for Erik. He began contemplating names for his company, and Full House Junk Removal was born.

Erik became an avid student of junk removal videos full of testimonies, tips, and teachings on YouTube. Other experienced professionals would pop up, such as Lee Godbold of Junk Removal Authority and Jeff Glass of Alpha Media Group. (AMG). On his journey, Erik reached out to a fellow junk removal company by the name of G.I. Junk Away and spoke to the co-founder Josh Sperling. They talked about business, the country, and joining a mastermind group of blue-collar entrepreneurs. Josh Sperling was connected to and working with Jeff Glass. After one call with Jeff, Erik joined as a client of AMG and combined with a group of successful junk removal business owners.

Today, Erik Tiner, in his retirement years, in excellent health and physical ability, is serving his community in Star, Meridian, Boise, and surrounding areas. Full House Junk Removal will remove hot tubs, appliances, furniture, household items, and various types of junk and recyclables. You can reach Erik and his professional junk removal service at (208) 994-2429 or on the web at FullHouseJunkRemoval.com.