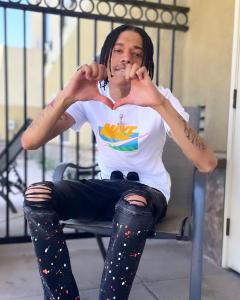 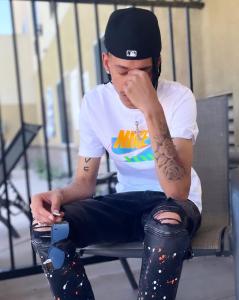 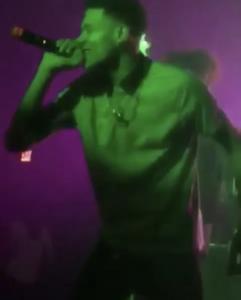 LilTonyRose is on a mission to simply touch the world, perform his very best, and gather everyone’s attention with soul-stirring and captivating singles.

SAN MARCOS, TX, USA, July 20, 2021 /EINPresswire.com/ — Anthony Meza Rose, known professionally as LilTonyRose, is an eclectic and rising force in the rich and diverse musical genres of R&B, Hip Hop, Soul and several others. A talented American rapper, singer, and songwriter, LilTonyRose stands out amid mainstream Pop and R&B artists, owing to the strength of his sensory vocal range and musical brilliance. An independent icon, LilTonyRose is a stunning song writer, who writes all his musical compositions himself.

Born on September 5th, 1997, in Port Arthur in Texas, LilTonyRose began his foray into the musical world in 2018 and has been an active, talented powerhouse ever since. With an enriching discography that includes two released albums, namedly “The King of Love” and “The Rap Therapist” and one EP titled “A Love Story EP 1”, the eclectic artist is setting his eyes on the prize, making his own unique imprint with use of vivid storytelling and lyrical prowess.

Having already featured in the OntharizeMag, the budding artist first had his breakthrough with the single “Ride”, which swiftly became a fan favorite. His other singles, such as “The Chronicles”, “Tales of Jahayra”, and “God’s Plan” have also surged to fame, garnering 156k, 136k, and 23k views respectively. Driven by a passion to formulate his own musical identity, LilTonyRose’s stirring vocals incorporated seamlessly within R&B and Hip Hop emanate a peerless musical aesthetic. His singles, such as “Ride” manifest a catchy and melodic tune, sparking a wide fanbase in Mexico City, through powerful song writing. Similarly, the single “The Chronicles” which is the artist’s most popular and most viewed video, focuses on the conflicting and yet intriguing nature of life’s many realities. Meanwhile, “Blessed by The Holy” offers a diverse outlook into his craft, focusing on the spiritual and soulful aspects of LilTonyRose’s life and stories.

Touching people’s hearts, minds, and souls with rich and soulful tracks that are rooted in raw emotions remains LilTonyRose’s driving inspiration. The dynamic artist counts Rod Wave as one of his primary inspirations, owing to the soulful aspects of his discography and the way his intricately woven tracks help touch emotions and string beautiful memories. Similarly, the artist remains an admirer of Sade, whom he counts as his favorite female artist, due to her inimitable ability to calm anyone with soothing, sensory and melodic details, helping to spread the world with happiness and Love.

Continually growing and evolving with his music, LilTonyRose aims to elevate his business imprint, “LilTonyRose Entertainment LLC”, while expanding his base with each stirring new release.