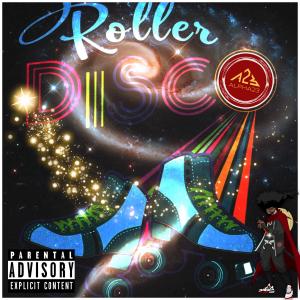 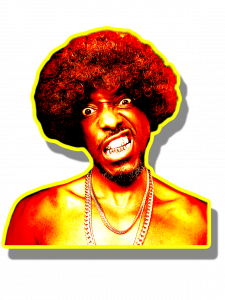 ATLANTA, GEORGIA, UNITED STATES, September 13, 2021 /EINPresswire.com/ — Independent rapper Alpha23 is dropping hot new music left and right. Over the last month, this rising star from Atlanta has released 2 super hot new singles “Ronin Kenshi” and “Dragonfly”. The latter includes a subliminal-style music video found here on his YouTube. It is clear the hip hop star has had an exceptional year so far, having already surpassed 2 million streams on Spotify and Apple Music.

He continues to ride the wave and is set to release his brand new single “Roller Disco (Slide)” this coming Friday, the 17th of September. With this new record, Alpha23 shares a fresh new sound, bringing a disco melody straight from the 70s and a chorus that playfully chants:

“I slide, she slide, we slide together”

The song paints a picture of two people having a good time at a skating rink, which was made popular in the ’70s and ’80s roller-disco era; and continues today in places such as the well-known Cascade Family Skating in Atlanta (the set of the famous T.I. and Lauren London movie, “ATL” and forthcoming sequel, “ATL 2”) and Venice Beach, in California. It is very apparent that the rapper-songwriter’s sound continues to evolve with each new single he drops.

Alpha23’s star keeps rising as he is set to drop more music in the coming months. Check out his multimillion stream producing singles, “HUH?!”, “Move On!”, “#RNS”, “Check Up”, available on all major streaming platforms including Spotify and Apple Music. Fans can expect to hear more of Alpha23’s newer sound following the release of “Roller Disco (Slide)” and are encouraged to learn more and sign up for updates on the rapper’s official website, https://theonlyalpha.com.

Businesses interested in partnership or media opportunities can also visit the Official Website https://theonlyalpha.com or send an email to mvmentglobal@gmail.com.

Check out the music video for “Dragonfly” here: