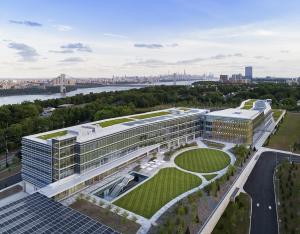 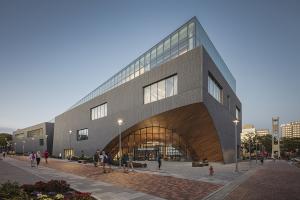 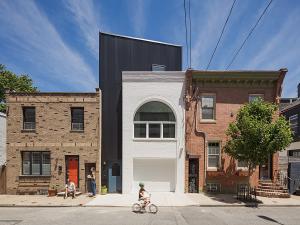 Voith & Mactavish Architects | Silverman Hall
Designed by Cope & Stewardson in 1911, Silverman Hall was renovated based on a 2004 Comprehensive Plan and transformed to showcase its historic roots.

KSS Architects | The Remy Theatre
The Remy Theatre is an adaptive re-use of a 1930s-built open-air theatre with a storied history in Cos Cob, Connecticut.

OOMBRA Architects | The Carriage House
Years ago, the carriage house fell victim to a devastating fire – now, the 89,250 square foot building is reimagined as a mixed-use development.

Bright Common | Alone House
The development of Alone House focused on the owner’s desire for a house-as-retreat.

KieranTimberlake | East End Transformation
In 2015, Washington University in St. Louis embarked on a major campaign to transform its underutilized East End into a vibrant and inviting gateway to the university.

Bright Common | Play Arts
In the early 2010s, The “Front and Thompson Public Bath”, was sold to a young neighborhood couple looking to reimagine the structure.

OOMBRA Architects | Urban Boat House
The Urban Boat House strives to connect an urban canal to its surrounding neighborhood providing open public space for the community and access to the water.

Bright Common | Front
Front is modeled as a microcosm of Philadelphia’s urban fabric with three elevations conceived as archetypes of the surrounding context, each with a distinct and separate “front”.

The John Frederick Harbeson Award was given to Harris M. Steinberg, FAIA.

The Young Architect Award was given to David Quadrini, AIA.

The Philadelphia Emerging Architect Prize was given to Bright Common.

The Alan Greenberger Award was given to Todd Woodward, AIA.

The annual Volunteer of the Year Award is given to Lance Rothstein, AIA.

Congratulations to all of the individuals and firms recognized for their exceptional achievements in design. View the full awards program video on the AIA Philadelphia YouTube channel.