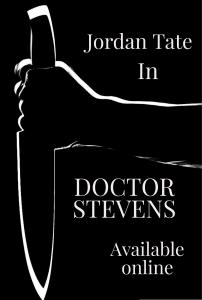 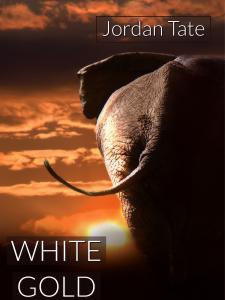 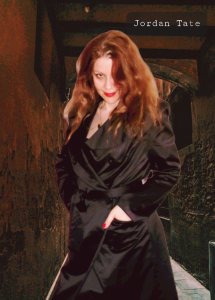 Hichockian thriller filmed in black and white in New York during the lockdown, “Doctor Stevens”
stars Jordan Tate, as a traumatized actress

Hichockian thriller filmed in black and white in New York during the lockdown, “Doctor Stevens”
stars Jordan Tate, who also wrote the film, as a traumatized actress convinced the stalker who assaulted her is still alive and coming to kill her. As her partner, a mysterious distorted raucous voice, haunting the audience for 8 minutes of film length, a mystery actor simply credited as “the mystery actor” at the end of the film.

Tate’s followers have been speculating on the identity of the actor who obviously is a professional artist giving a terrifying performance of this presence whose impending coming is feared throughout the short film, just like it is by the character played by Jordan Tate completely inhabiting her role in a very Dario Argento and Hitchcock’s inspired style.

An accomplished author too, Jordan Tate also recently released novel “WHITE GOLD”, an adventure story combining her love for animals and passion for writing, the story of a couple fighting the ivory trade around the world, and mainly of a woman struggling to find the truth about the assassination of her father, an animal right activist.
The book is available on amazon and various libraries.

No doubt audiences and readers will have a lot to discover about Jordan’s universe during their summer time.