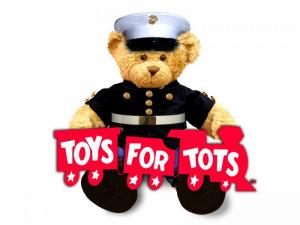 It feels nice to give back knowing this is a charity that seeks out to help so many kids, they don’t just focus on one location

It feels nice to give back knowing this is a charity that seeks out to help so many kids, they don’t just focus on one location,”
— Amanda Knight

MELBOURNE, Fla. (December 9, 2020)—AeroBase Group announced today it has launched a match fundraising campaign for the U.S. Marine Corps Toys for Tots Foundation throughout December. AeroBase Group will match donations made to its campaign to double the support for Toys for Tots’ annual mission to deliver millions of new toys to children in need.

In addition to matching financial contributions, the aerospace distributor will also be accepting donations of new, unwrapped toys at its office in Melbourne, Florida.

AeroBase Group, a minority women-owned small business, provides support to military organizations on a daily basis as a distributor for medical, aerospace and defense . It’s team is especially proud to support a military-run foundation that gives back to the families of many communities across the United States.

“It feels nice to give back knowing this is a charity that seeks out to help so many kids, they don’t just focus on one location,” said Amanda Knight, an AeroBase Group sales team lead. “I hope we can contribute to the number of happy faces on Christmas morning.”

Since 1991, the U.S. Marine Corps Toys for Tots Foundation has brought the joy of Christmas to America’s less fortunate children. In the past year, Marine Corps Toys for Tots collected and distributed 19 million toys to 7.3 million less fortunate children in over 800 communities across America, Puerto Rico and the Virgin Islands, sending a message of hope that otherwise would not have been there.

This year has been especially difficult for many families facing economic challenges of 2020, and Toys for Tots anticipates that more families than ever before will need help this year.

“There are so many people who have been laid off, furloughed, lots of small businesses closed this year,” Knight said. “I think the need to step in this year is higher than it’s ever been.”

AeroBase Group has encouraged its families, friends, customers and partners to join in their effort. To date, the AeroBase Group fundraising campaign has raised over $2,145 for Marine Corps Toys for Tots, not including match donations.

To make a donation, visit https://aerobasegroup.com/toys-for-tots