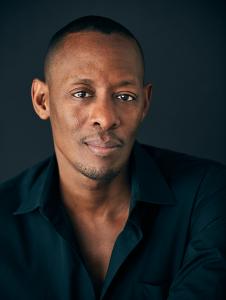 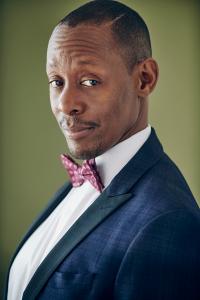 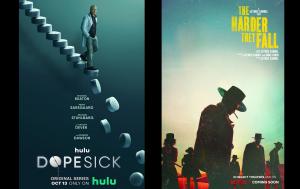 Clowe also in Disney+ series JUST BEYOND and Starz HIGHTOWN

On October 13th, Hulu unveils DOPESICK, an eight-episode series that takes viewers back to the epicenter of America’s struggle with opioid addiction. Clowe steps into the storyline recurring as Cali, the butler of wealthy Big Pharma leader Richard Sackler (Michael Stuhlbarg).

Then releasing on Netflix beginning November 3rd, Clowe saddles up alongside Regina King, Idris Elba and Lakeith Stanfield for the new Western action film THE HARDER THEY FALL.

Written and directed by Londoner Jeymes Samuel, the story follows outlaw Nat Love (Jonathan Majors), who rounds up his gang to track down and seek revenge against his enemy Rufus Buck (Elba). Clowe enters as Zeke, a local businessman who is not too fond of Rufus Buck.

Clowe jumped at the chance to work on the project, explaining “This film delivered an amazing experience for me to work with all these talented A-list stars. But, then to be involved in such a tremendous project produced, directed and predominantly cast with all black talent was extraordinary.”

Audiences can also catch Clowe giving tours on October 13th in an episode of the new Disney+ supernatural horror anthology series, JUST BEYOND. Then, he heads to Starz for an appearance in the second season of the Jerry Bruckheimer critically acclaimed crime drama series, HIGHTOWN, which kicks-off on October 17th.

Clowe recently gained attention for his touching role as a supportive father and Barber in Julie Taymor’s period biopic about feminist icon Gloria Steinem, The Glorias, starring Oscar winners Julianne Moore and Alicia Vikander. His past credits also include the shows Boardwalk Empire, The Knick, Unbreakable Kimmy Schmidt, I Am Homicide, and Z the Beginning of Everything; as well as the feature films The Eyes with Nick Turturro and Vincent Pastore, and An Act of Terror with Olivia Washington and Tonya Pinkins.

Originally from Clinton, Maryland, Clowe has also performed on stages in the UK, Germany, Amsterdam, Switzerland, Japan and the US, including European tours of West Side Story, Buddy Holly (Germany), FOSSE, the original Dutch production of Miss Saigon, a US tour of Joseph and the Amazing Technicolor Dreamcoat, and a two-year run in Chicago. He also appeared with the legendary Jennifer Holliday in Dreamgirls at the Fox Theater in Atlanta, followed by an invitation to perform in her benefit concert in NYC at Towne Hall. Clowe graduated from New York University Tisch School of the Arts and has studied at The Lee Strasberg Institute and currently with acting coach Anthony Abeson.