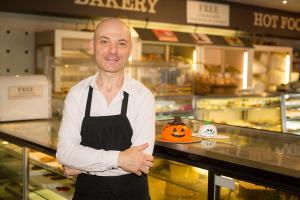 LOS ANGELES, CA, UNITED STATES, October 13, 2021 /EINPresswire.com/ — Now that restaurants are finally getting on their feet and back up to speed for the first time in almost 2 years after the pandemic started, we have to deal with another invisible enemy, inflation.

It’s a domino effect that Lenny Rosenberg, the Michael Jordan of the restaurant industry, has figured it out and discusses on Fox News.

For years we thought the raise of minimum wage cause was inflation across the board for the food industry but nothing in comparison to what the pandemic has inflicted on America’s economy and specifically restaurants.

Here’s how the domino effect works;

The special pandemic unemployment which paid everyone more money to stay home than to work has caused many inflationary problems for the restaurant industry they we never saw coming. With a shortage of help many owners had to cut back hours and pay the fee workers they are able to obtain 10-20% raises across the board to keep the few workers they have employed. With the higher labor cost, we have no choice but to raise menu pricing anywhere from 10-20%. Which is obviously passed on our customers, the consumer.

July marked the seventh consecutive month of staffing growth, which translates to a net increase of 1.3 million jobs over the first seven months of 2021. However, as has been the headline for some time, eating and drinking place are building to a lower threshold. Meaning, despite steady mobility, the industry remains roughly a million jobs below pre-pandemic levels. Or 8 percent down. This despite many brands generating sales well above 2019 levels due to increased off-premises business running alongside pent-up demand for dining in and reconnection.

A full 75 percent of restaurant operators echoed that recruiting and retaining employees was their No. 1 challenge in the National Restaurant Association’s most recent survey. In January, the number was 8 percent. The June/July figure represents the highest level in nearly 20 years of the Association’s monthly tracking.